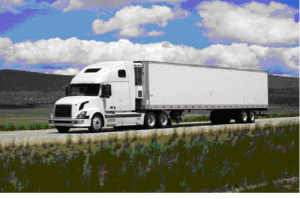 Truckers would you use small roads or express way if you can save some miles?

Trucking newbies, as well as experienced truckers, often find themselves in a situation when they see an amazing opportunity to save a few miles and some time by getting off the expressway and maneuvering through small town roads.

Our inner voice often tells us that breaking a small rule can help us gain a huge advantage, so it’s worth it. My own experience tells me otherwise. The few miles you save by going off the expressway can turn into a complete disaster for the following reasons:

The consequences of an accident don’t even need to be discussed. They can vary from unpleasant to downright scary.

Going to non-approved roads can cost you up to $2,000 in fines and lead to a registration suspension for up to three months. It is easy to do the math and realize that such consequences will cost you much more money and hassle than you will save by getting off the expressway.

Small roads might not always be a way to save time. Traffic on town roads can be much heavier than on an expressway.

We have all broken a few rules while driving. It is hard to avoid adding a little speed or parking for just a few minutes in a restricted zone. However, choosing your battles is an absolute must when you are driving a truck. The consequences of maneuvering on small town roads can be extremely unpleasant for you and damaging to your vehicle.

Food for thought: Did you know that a fully loaded five-axle rig that weighs 80,000 pounds could damage the expressway more than 5,000 cars? Imagine what it can do to a small town road.

Truck Speed Limiter: Is the Government About to Make a Mistake?

Don’t Have a Dashcam? Time to Get One!
Scroll to top