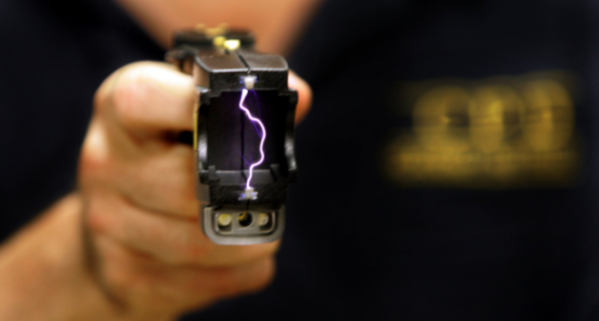 While it might seem that you are safe when locked in your vehicle, truckers often face security threats that make them consider self-defense. Defending yourself when you are a trucker is tricky. Each state has its own set of laws about weapons. One state might allow you to carry a firearm while another will frown upon a Taser. Some truckers go through over 40 states in one month and keeping all the requirements in mind is not just frustrating but often impossible. What can a truck driver do to keep himself safe without breaking the law?

Stun guns and Tasers are probably as close as you can get to carrying a firearm without actually holding a deadly weapon. Most of the states have loyal laws regarding the stun guns. If a Taser or a stun gun are your choices for self –defense, be careful when entering the following states:

Striking weapons are another good option for a trucker’s self-defense. However, carrying a baseball bat in the driver’s cabin might be suspicious. Truckers are subjects to various searches and finding a baseball bat lying around can cause certain problems.

In order to minimize the suspicion factor, you might want to carry the bat together with a glove. The main disadvantage of a bat as a striking weapon is its size. You might not have enough room to maneuver a bat when you need to defend yourself and, just like any other weapon, it can be turned against you by an attacker. You can consider other “harmless” things to become your defense weapons, such as brooms.

This compact and effective self-defense weapon can be very useful for truckers. Manufacturers claim that the pepper spray is legal in all the states. However, there are some restrictions as to the strength of it. By doing some research and studying the restrictions closely, you can buy a great weapon that won’t cause any suspicion while being surprisingly effective. Pepper sprays are often disguised as pencils, pens or other things that allow you to wield them unexpectedly. This weapon can be used up to 20 feet away from the attacker.

This is one of the most useful ways to protect yourself since you don’t need any extra weapons to deal with an attacker. At the same time, this method can’t be used against you. However, it requires you to take classes and get yourself into a good shape. Can there be a better reason to start exercising?

Do You Have What It Takes To Become a Truck Driver?

Women in the Trucking Industry
Scroll to top